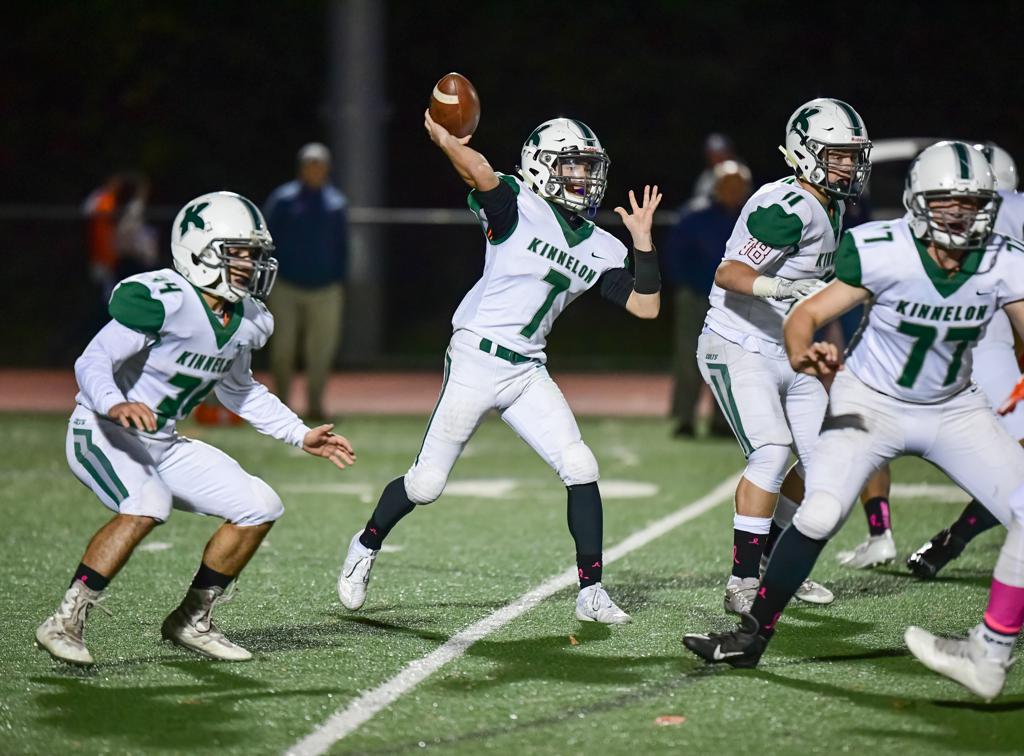 Years on the Job

Player's Expected to Step Up

What This Team Does Better than Anybody

Run. This is perhaps the fastest group of skill players that we’ve had in my tenure at Kinnelon.

Biggest Surprise of the Off-season

The development of the young offensive line. Our season will go so far as the offensive line allows us to go. If we can get incremental gains each day in technique and assignment, we should have the ability to develop into a formidable offense.

Keep focused on the task at hand and not get caught up in hypotheticals .

"This is an ultra-competitive group of seniors who love to work. Our season rests on the development of young offensive linemen that don’t have one senior lineman. With our speed, sound tackling, and opportunistic secondary, we should be good defensively. Developing a strong run game to open up the pass will be essential on offense. "

Duel threat senior quarterback Aidan Duffy is the leader of this team. He is so challenging for opponents to game plan against because of his arm and how mobile he is. Senior defensive back and wide receiver Drew Smith will have an expanded role on both sides of the ball. Smith had an interception to go along with a forced fumble on defense in the shortened 2020 season. Senior offensive weapon Jack Matthew is a big play waiting to happen. His longest catch went for 52 yards and a touchdown last season, and he has great speed on the ground. The defense will be led by senior Alex Relovsky who had a sack, 17 tackles, and a fumble forced and recovered last year. He seems to be all over the field for the Colts. Getting wins for Kinnelon will be easier said than done, but if anyone can lead this group through a tough schedule it's state champion winning coach Kevin White. The Colts play five straight games against very tough opponents. If White’s group is able to come out of that gauntlet with a win that could give momentum they'll need to face a though schedule.