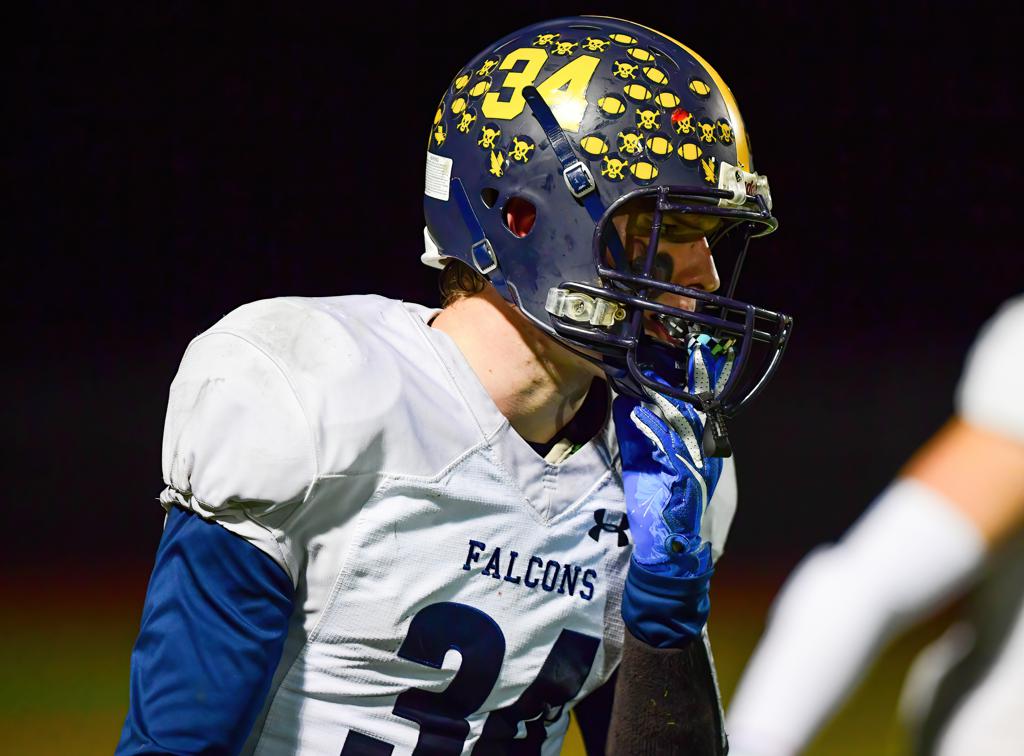 Rutherford’s day started off strong as senior Pat Cerulli’s 2-yard dash to the endzone gave them an early 7-0 lead on their first possession. Building on the momentum of their opening touchdown drive, the Bulldogs defense continued their aggression by putting a hard hit on Jefferson’s senior quarterback Peter Delaportas, knocking him out of the game on their first offensive series.

With Delaportas unable to return to the field, Coach Venturino turned to senior receiver and backup QB Eric Garv in an effort to ignite the Jefferson attack. This latest Delaportas to Garv connection was not what the Falcons had in mind coming into their biggest game of the season, since Garv is typically on the receiving end of his teammates' touchdown passes.

With the game being fueled with banter from the Bulldogs fan section, it seemed that Delaportas’ departure from the lineup would result in a long day for the Falcons. Being down by seven points and losing their Boston College-bound QB to injury, it was gut check time for the Falcons.

Despite the setback of the lineup, Garv had unwavering confidence in his teammates. The resilience of the offense combined with lockdown defense paved the way for the continuation of the Falcons playoff run.

With Garv’s game tying pass and flawless leaping execution from junior Travis Osterhout, the Falcons began to soar.  This opened the gates for an offensive onslaught.

Senior Theo Fisher's touchdown reception, followed by junior Jason Eisele’s fourth quarter, 79-yard touchdown run, advanced the score to 28-7. From this point on, the fate of the Rutherford Bulldogs was sealed.

Opposing teams who have once doubted the power of the Jefferson Falcons could not believe this could be done.

After lighting up the first half, the Falcon’s came back with more determination than ever to deny the Bulldogs the taste of victory in the endzone. The swarming Falcons defence paid off, leading to a key fumble recovery, a timely third down sack by junior Daniel Caruso, and a stellar drive stalling interception from Osterhout in fourth quarter.

Although this turn of events was not in favor of the Bulldogs, they did not go down without a fight. Late in the fourth quarter, they drove the ball down the field into the red zone, only to be stopped on downs by Jefferson's tenacious defence.

This stop led to Jefferson running out the clock in the fourth quarter with a 28-7 upset win, and the Falcons being crowned sectional champions for the first time since 2008.

Coach Venturino’s call to Garv, combined with the execution of the coaches game plan by the players, proved what a goal driven team can accomplish when they put the fate of the game in each other's hands.

The Jefferson Falcons will need this level of comorardy as they face Caldwell in the NJSIAA North, Group 2 Regional Championship on Saturday, November 27th at MetLife stadium.