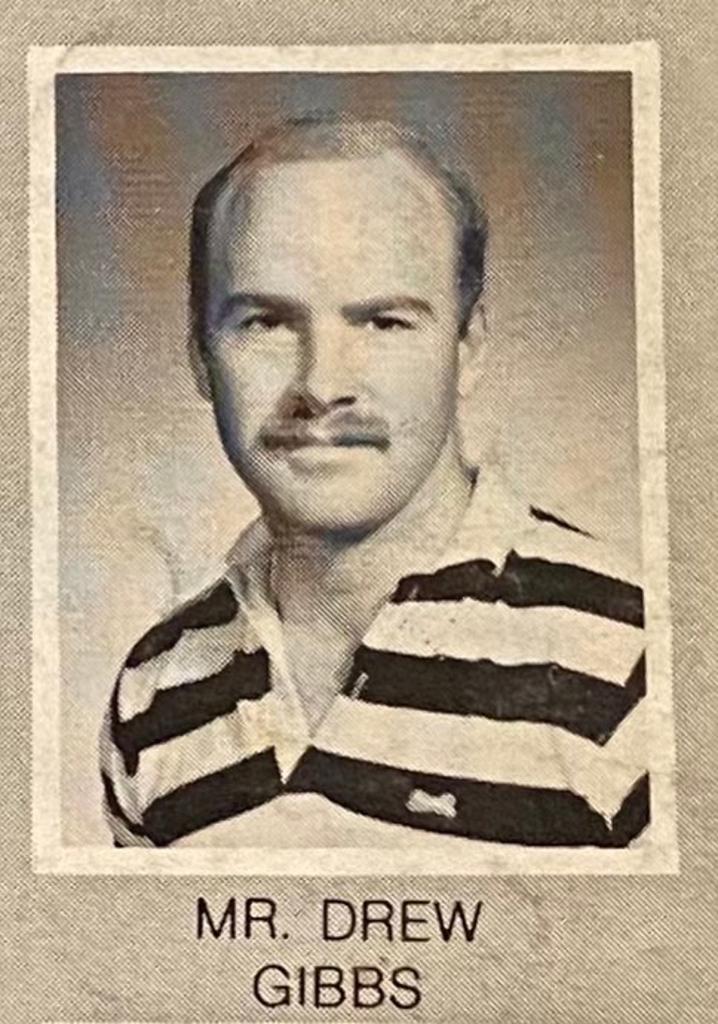 The late Drew Gibbs was a legend in Bergen County, but the iconic football coach made a positive impact as an educator in Belleville, NJ, some 35 years ago, as 2 former students recall

The sudden passing of Drew Gibbs brought back a ton of memories for those who played football for him, at Ramapo High, as well as his work as an assistant coach at Ridgewood High, and a tenure as a collegiate coach, at Kean University and Montclair State.

Gibbs died on Nov. 16, a day after experiencing chest pains at a practice, as his Ramapo team prepared for the state sectional final, against top-seeded Northern Highlands. He was 59 years old. (The championship game was ultimately moved to Nov. 26).

When word came out that Coach Gibbs had died, I was surprised to receive some communications from two friends from Belleville High, Rocco Constantino and Doug Cancelliere. Both men are now in their later 40s, but they were quick to remember when Gibbs was their gym teacher, at the Belleville middle school, some 35 years ago.

“Isn’t that crazy?” said Constantino, now an college athletic director, the author of two popular baseball books, as well as the host of a popular podcast. “Drew was actually my 7th grade gym teacher in the middle school, and I always followed his success. We had a great time in his class

“Doug Cancelliere and I still talk about the fun times we had in his class. We played a lot of football in the boys gym, as you can imagine with Coach Gibbs as our teacher.”

At that time, Gibbs was an assistant football coach at Ridgewood High. He would later go on to be a head coach at Kean University, and was also an assistant at Montclair State.

When Gibbs was a teacher at Belleville, John Senesky was the head football coach for the Bucs. The two never met, since Senesky was a graphic arts (print shop) teacher in the high school and Gibbs worked in the middle school. But Senesky still recalled a promising young coach, in Gibbs.

“I didn’t meet him, personally,” said Senesky. “Drew never coached for us, but he did assist other staffs, including Montclair State.  This is such a sudden and tragic loss to a great coach, and a positive influence on those he mentored.”

“We played indoor football in gym class, part of the year,” said Cancelliere. “It was probably the first marking period. We split the class in two teams, for the entire marking period. The last game of the year, the team Rocco and I were playing on, won the game on the last play.

“It was literally right when the first class bell rang. Mr. Gibbs went absolutely nuts!! You would have thought we won the Super Bowl. He was giving us high fives as we left class…….who knew that he was actually a coach at that part of his life. Amazing to see where he went, from there.

“The bell rang and Coach gave us one last play for a Hail Mary,” said Rocco. “Says a lot about Coach Gibbs and how he made us feel as students.”

Needless to say, Constantino was proud to have known Gibbs, even for a short time, as a youngster.

“Yes, great memories, said Rocco. “Lucky for me, I caught him right at that time. When we knew him, he was a kid, himself, in his mid 20’s. I was so sorry to hear of his passing. I still can’t believe it.”

Drew Gibbs’ legacy will certainly shine bright, throughout Bergen County. But he also made his mark in Belleville, and from the comments made by Constantino and Cancelliere, that mark was an A-plus.