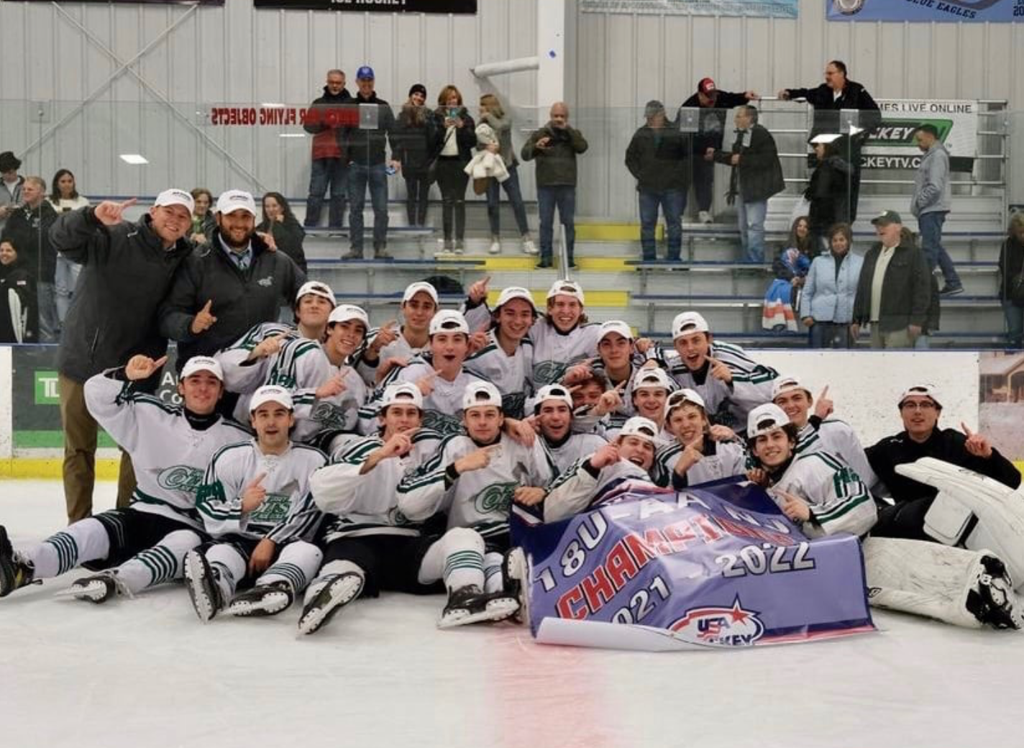 After becoming 18-UAA New Jersey Champions (2021-2022) last November, the Jersey Colts, U18AA club hockey team has qualified for the 2022 USA Hockey National Championships for the first time in club history. The team consists of juniors and seniors from high schools in northern New Jersey. They are one of the thirty-two best teams in the country competing at the tournament being held from March 31 to April 4 in Irvine, California.

The Jersey Colts club hockey program is based out of Morristown, New Jersey at Twins Oaks Ice Arena, offering players a friendly and family-like environment to build self-confidence, character, and high self-esteem. While teaching the local youth community the game of hockey, the club promotes sportsmanship, discipline, and teamwork, as well as the life skills needed in everyday life.

The team’s success originates from their coaches’ extensive backgrounds with the sport. Head Coach Brett Brophy’s hockey career dates back to 1999 when he played with the NJ Colonials for eleven years and then with the NJ Freeze for another two. From 2008 to 2012, Coach Brophy played for the Delbarton high school hockey team, winning two state championships. After high school, he played for the University of Scranton American Collegiate Hockey Association (ACHA) D1 hockey team for two years, and then for the William Paterson University ACHA D2 hockey team for another three. With William Paterson, Coach Brophy and his team appeared in three national tournaments, became 2016 Super-East Conference Champions, and were awarded the Academic All-American twice.

Assistant Coach Nick Beatrice, Director of Coaching and Player Development, is currently in his tenth season coaching and his sixth with the Colts. He grew up in Randolph, NJ, where he played youth hockey with the Colonials and the Devils Youth Program, winning the Atlantic Youth Hockey League (AYHL) playoffs twice along with a trip to nationals. Coach Beatrice played high school hockey for Randolph, won two State Championships, and went on to play his junior career with the Jersey Hitmen.

In October 2021, the coaches went one by one around the locker room and asked the players what their goals were for the season. “95% of the answers were ‘we want to go to nationals,’” Coach Brophy said. At that moment, the coaches realized they would be coaching this group like a team wanting to compete for a national championship in April.

Going into the playoffs, the Colts were 29-0. However, they lost their first game in OT. While the playoffs were double elimination, the team had to win three consecutive games to advance to Districts. They first defeated the Colonials 6-1 and then faced a close matchup against Redbank. With four minutes remaining in the second period, the Colts were down 3-0. They scored three goals in the last period, tying the game 3-3, and one in OT, winning the game 4-3. The team advanced to their final playoff game against the Jaguars, where they won 3-2 in triple OT. They utilized their goal of qualifying for nationals as their motivation throughout Districts, where they played a best out of three series against the New Jersey Rockets. The Colts won their first game 2-1 in OT and again in their second game 3-2, earning the title of 18-UAA NJ Champions (2021-2022) and securing their spot in the 2022 USA Hockey National Championships. The team ended 2021 with an overall record of 40-2-0, an average of 6.85 goals per game and 1.5 goals against per game.

In preparation for the tournament, Coach Beatrice explained that he and Coach Brophy are implementing high-tempo practices into their schedule to get the players back on the same page after the conclusion of the high school season. “[We need to] get them back [into the] same mentality that they [had] back in October and November," he commented. The team will also be playing games against “high-quality teams to stay ready for when March comes around.” Both coaches plan to have the team back in the “full swing of things,” by the end of February when they will be practicing on the ice two to three times a week.

In April, nationals will consist of three brackets: 1A, 2A, and 3A, along with a four-team pool play. The number of players registered from each district determines each of the three; the Colts will be competing in 3A, the largest with sixteen teams total. The top two teams from each bracket will advance to the quarter-finals. Coach Beatrice describes the teams they will be competing against as “the best-of-the-best [from] power-house states like Minnesota, Michigan, and Wisconsin.” Although it is the Colts' first time attending nationals, Coach Brophy and Beatrice believe they will have the opportunity to win some games and be competitive in their bracket.

Their resilience and strong relationship on and off the ice, paired with their determined coaching staff, sets the Colts apart from other teams. This group is no stranger to adversity and will do whatever it takes to give it all they got at nationals this coming March.

A FEW WORDS FROM NICK BEATRICE 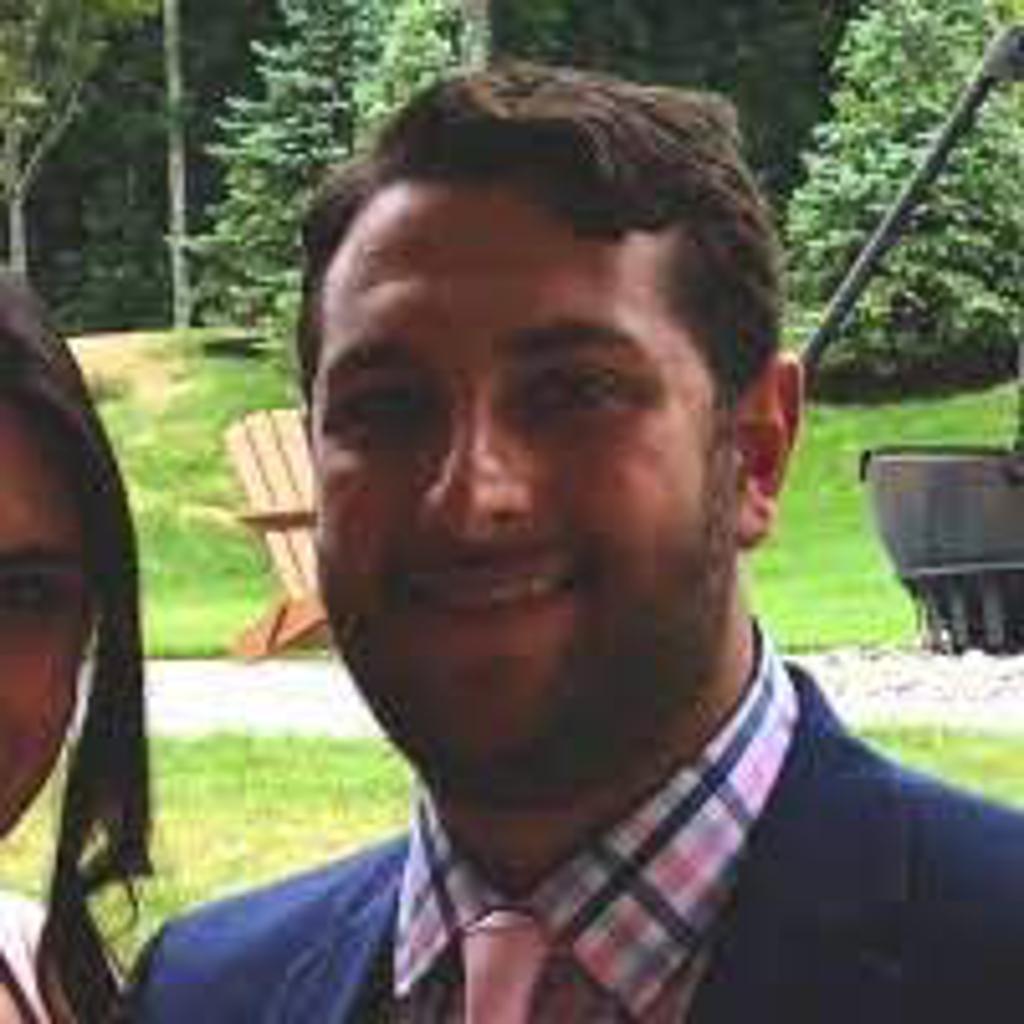 The Jersey Colts U18AA Black Team has won the AAHA District Championship! Winning this has qualified them to represent the state of NJ at the USA Hockey National Championships in Irvine, California in March 2022. These boys have an impressive record of 40-2 this season. The team is Currently ranked in top 25 in the country. The team is made up of Juniors and Seniors from local high schools including Ridge, Governor of Livingston, Morristown, Seton Hall, Mountain Lakes, Morris Knolls, Livingston, Madison, Newark Academy, and Parsippany.

As we are planning our trip cross country this is a big financial commitment for the players families. Between flights, hotel, transportation and other daily expenses we are trying to help these families with this once in a lifetime opportunity. We would appreciate everyone's help in this fundraising campaign and the support this team has received through out the season. ROLL COLTS!! 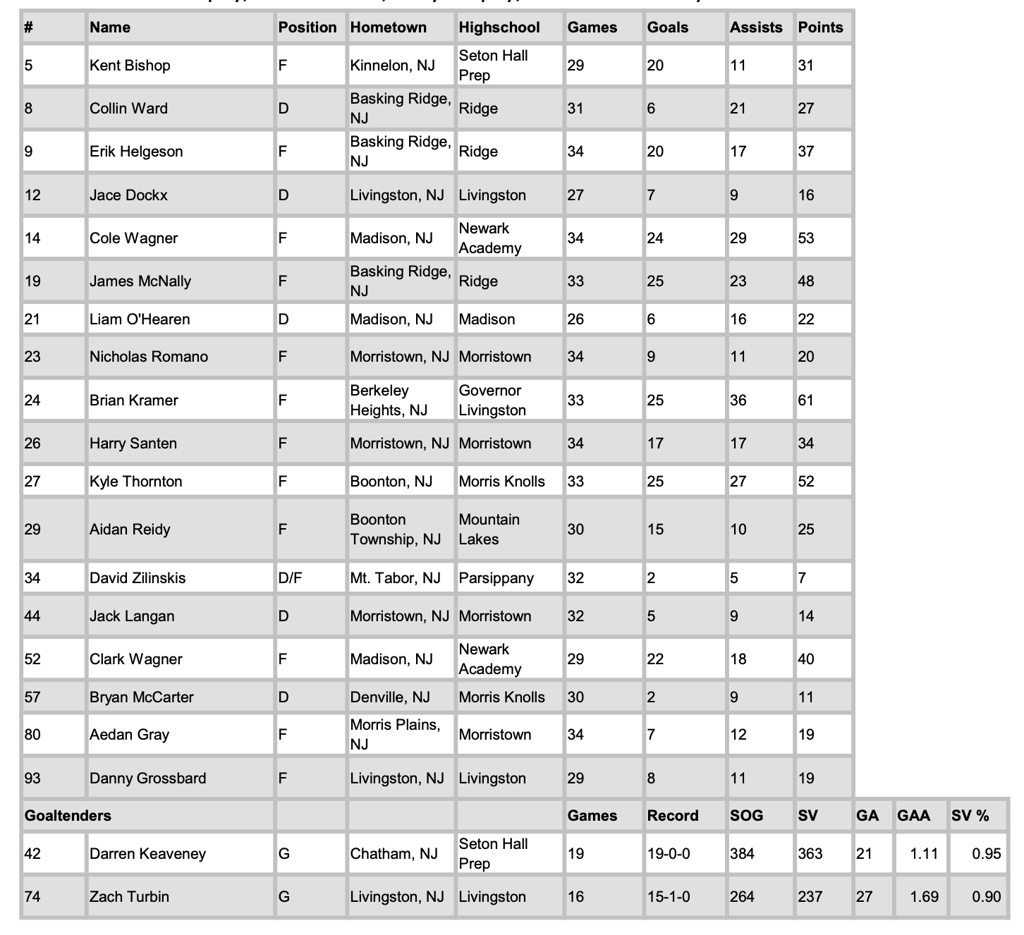