Wrestling: District 7 Predictions (along with reader predictions too!) 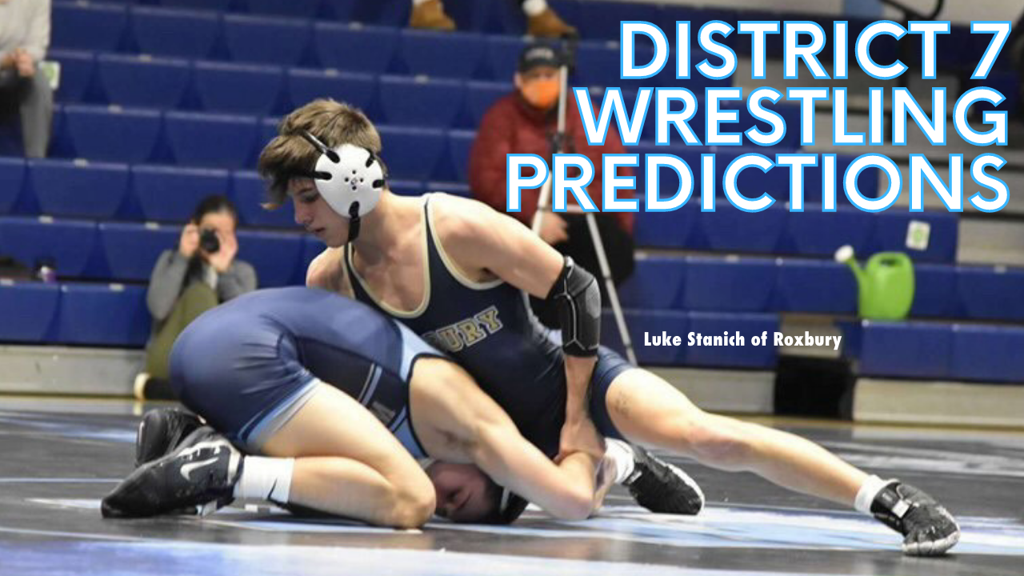 The District 7 Tournament are upon this and the Morris-Sussex wrestlers are getting closer to a legitimate chance to compete in Atlantic City.  I'm going to break each weight class down and predict who I think will be advancing.

Overview: The Top 3 place winners here will advance to the Region 2 tournament next weekend and continue towards the ultimate goal of winning an individual State Championship. This district features four teams that finished in the Top 10 of the Morris County Tournament last month (Montville 5th, Morris Hills 6th, Morris Knolls 8th and Boonton 9th).  In addition, Morris Hills and Morris Knolls finished the dual meet season with state section finals appearances. Look for the team race to come down to the wire with Montville finishing on top.

James McGinty of Parsippany Hills is coming in with a strong 2022 performance and a 30-4 record which includes a second-place finish at the Morris County Tournament.  He recently owned a head-to-head win by pinfall over second seeded Frank Demary of Parsippany. Look for McGinty to win the rematch in the finals and give Parsippany Hills a district champion.

Ethan Smith of Boonton looks to build on his 2021 campaign. He was a round away from placing in the State Tournament at Phillipsburg and is looking to get on the podium in Atlantic City in 2022.  Look for him to take a step in the right direction by becoming a district champion.

Luke Stanich of Roxbury a semi-finalist in last years State Tournament is looking to make a run and bring back a title to Morris County this year. Look for him to start his individual post season off the right way as he brings a district title back to Roxbury.

In what is a wide-open weight class, look for the 2 seed Lenny Cocca of Morris Knolls to come out on top. He has split the season series with Parsippany Hills Tyler Costello and will be looking for a win in the decisive matchup.

Aaron Kurzer of Montville has his sights set on making the podium in Atlantic City this year. He is currently ranked third in the state by NJ.Com and will take a step in the right direction this weekend.

Justin Ciliotta of Montville is spotting a 21-6 recorded and a third-place finish in the Morris County Tournament earlier on in the season. He is looking to build upon his region tournament visit last year and qualify for the State Tournament. Look for him to start his post season with a District Championship.

Joe Fongaro of Boonton is currently ranked second in the state by NJ.Com and is looking to build on his sixth place finish at the season tournament from a season ago. Look for him to give Boonton its second District Champion of the tournament.

Jason Smith of Boonton and Karl Monaco of Montville are currently on a collision course to meet in the finals. Smith is currently ranked 4th in the state by NJ.Com  and owns a 7-4 victory over Monaco in the Morris County Tournament. Look for another tight match that comes down to the wire with Smith coming out on top giving Boonton its 3rd champion.

Derek Giordano of Montville is the top seed and is looking to give Montville their 3rd champion of the day. He will most likely meet Morris Hills Senior David Turner in the finals. The two have not met this season but look for it to be an entertaining match with Giordano coming out on top.

This is another potential Morris Hills/Knolls final.  Anthony Forte comes in with a 27-5 record and a 7-1 victory over Morris Hills Chris Piazza in a dual meet a couple of weeks ago. Look for the matchup to be close with Forte coming out on top again.

Mikey Secallus of Morris Knolls is coming into the tournament with a 22-8 record and a 4th place finish in the Morris County Tournament. Look for him to give Morris Knolls another champion and keep them alive in the team race.

Diego Akcay of Morris Hills will look to build on his first-place finish in the Morris County Tournament with a District Championship. Look for him to meet Mountain Lakes Dylan Maier in the finals and give Morris Hills a champion.