Jefferson boys volleyball has been absolutely tearing it up in the NJAC over the past couple of seasons. After finishing the Spring 2021 slate with a record of 19-3 overall (11-1 NJAC) and being bounced in the NJSIAA North Jersey Section 1 semifinals, the Falcons have their sights set on making a strong push towards earning a ring in the Spring 2022 season.

I sat down with Andrew DuHaime (’22) of the Jefferson High School boys volleyball team and dug into his background and how he thinks the Falcons will do this season.

“I play setter and right side on my club team at Garden State Elite Volleyball Club,” the Jefferson setter said, “I love being part of my teams and will play wherever I’m needed, however my favorite position is setter.”

Jefferson is trying to replicate their success from last season in the NJAC conference, but will also look to be playing deeper into the month of June.

“Our Jefferson team has a bright future for this season,” DuHaime added, “We have a strong group of returning seniors that will carry our team. Our key to success will be the amount of training our players put in during the offseason. We work together and play like brothers.”

The Jefferson Falcons will have an experienced starting six on the floor. Seniors Danny Pugliano, Andrew Giampapa, Jake McKeown in addition to Andrew DuHaime will be working together to keep the Falcons more than stable in their final seasons with Jefferson.

The depth for Jefferson does not stop with the Seniors. “We expect Julian Lopez and Jeff Merkin to make a huge impact for us this season,” Andrew DuHaime noted.

Every team, regardless of past success, will face some degree of adversity at some point in a given season. For Jefferson, the Falcons are excited to see Coach Thide lead the team in his first season as Head Coach.

Andrew DuHaime mentioned earlier that he plays his club volleyball for Garden State Elite Volleyball Club. The setter has had a decorated career as an ‘Elite’ and gives lots of credit to his coaches at GSEVC.

“We have been very successful this season so far, winning a Gold Medal in Rhode Island’s Wicked Good Challenge and the Bronze division in Connecticut’s Winterfest,” DuHaime said, “Coach Jordan Elam has prepared us well for this season and our upcoming college experience.”

That leads into the next stage of DuHaime’s volleyball career. When he graduates from Jefferson High School in June, there will be no offseason—he has committed to play at Kean University.

Andrew DuHaime said, “The process of choosing a college is difficult. As soon as I stepped onto the Kean University campus and talked with Head Coach Charlie Ginex, I knew I was in the right place for my academic and volleyball college experience,” he added, “We have an exceptional freshman class coming in, with a lot of current teammates and friends that I’ve made playing club volleyball. Danny Pugliano, Alex Casias, Dave Flores, Chris Mitchell and I are looking forward to providing an early impact at the college level and winning a National Championship.”

Other than volleyball, DuHaime loves playing ping-pong, from whom he as learned from his grandmother—a Senior Olympic Gold Medalist. He plays against his best friend and volleyball teammate Danny Pugliano just about every day.

There is no doubt that Jefferson will be in the conversation amongst some of the other top boys volleyball teams in New Jersey. Setter Andrew DuHaime will look to make yet another big-time impact for the Falcons. 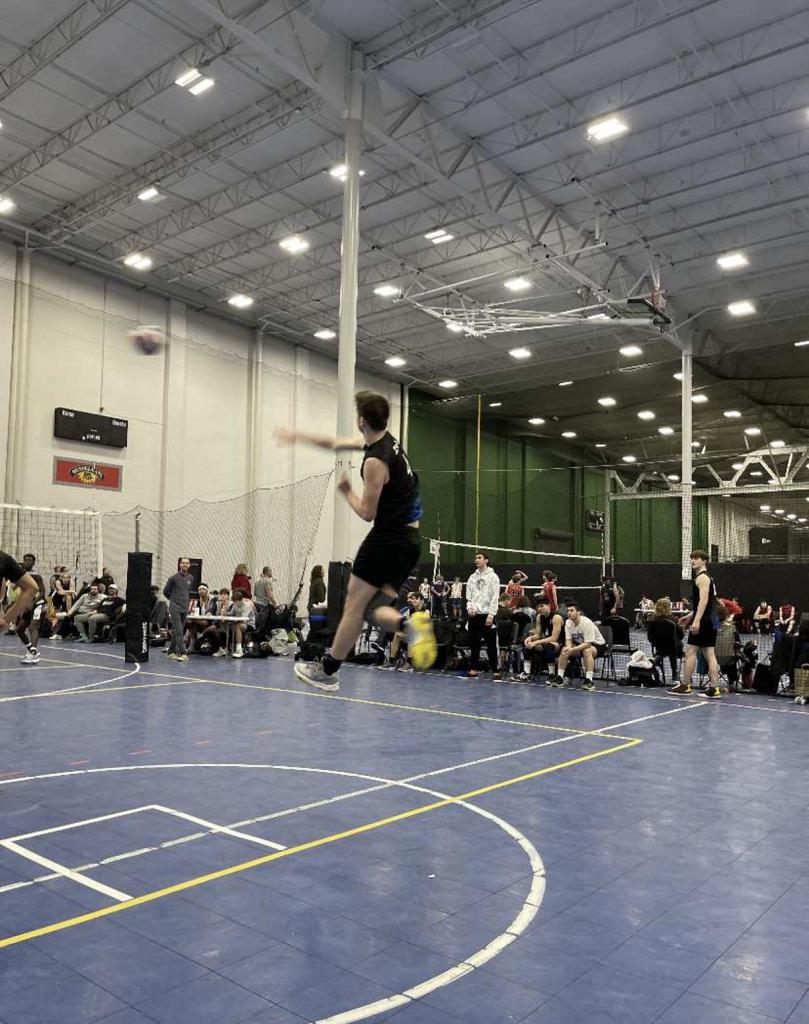