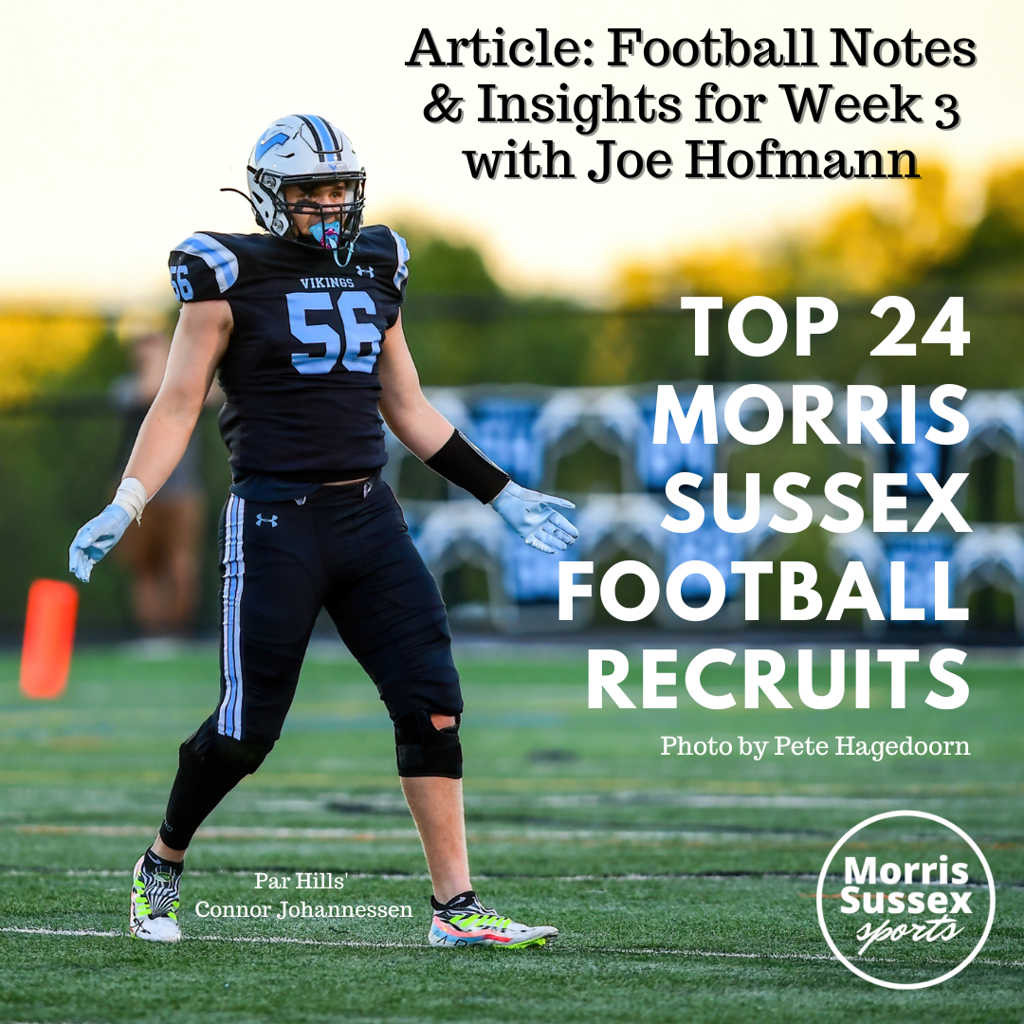 It is not a case of what Jefferson's Travis Osterhout can do.

What can the Falcons linebacker-receiver not do?

The senior can and has done it all for Jefferson coach Jerry Venturino.

And he does it not just in the regular season games but the playoffs.

No game is too big for Osterhout.

Oh yes, he also caught four passes for 100 yards and two touchdowns. Not only that, but he outworked different Rutherford defenders for both touchdowns that could easily have been knocked away if the balls were thrown to someone else.

But they were thrown to and snagged out of the air by Osterhout, who makes a difference.

Jefferson won the game and the sectional championship, 28-7.

Osterhout's athletic ability and versatility has not gone unnoticed. He is being recruited by a host of schools: Army, Villanova, Bucknell, Penn, Towson State, Colgate, Cornell, Lafayette, Lehigh, Monmouth, Harvard and Columbia.

McCarthy ranks the players on recruit-ability and college project-ability, not how they are as players right now.

Osterhout is making an impact on the high school level and McCarthy believes the senior is capable of being impactful on the next level.

"Yes, he is that good," Venturino said. "Travis is an overall elite football player. He can do it all. At wide receiver, he is a threat to score on any play. He has great hands and with his basketball skills, he can high point any ball like a rebound. At linebacker, he makes all the right reads and has a nose for the football. He is a sure tackler with great closing speed and the athletic ability to drop into coverage."

Osterhout had a big junior year last year, catching 38 passes for 711 yards and 10 TDs. On defense he made 106 tackles and was impactful while making them, as evidenced by his sack and 12 tackles for loss.

And of course, he was arguably the best player on the field with a sectional championship on the line last November.

"He shows superb range and can make plays from sideline to sideline," said McCarthy, whose recruiting service, The McCarthy Report, has been used by hundreds of colleges all across the U.S. for many years.

Here is how McCarthy ranks the top 25 recruits in Morris County.

The 6-2, 285-pounder is "a beast in shoulder pads," according to McCarthy. "He gets a great push inside and collapses the pocket with force."

The 6-0, 215-pounder "was the heart and soul of West Morris's title team as a junior," McCarthy said. "He is a throwback who is the type of player you want in a foxhole with you."

The 6-4, 240-pounder is "an angular, raw-boned young DL who is very quick out of the chute and has a legitimate burst to the ball," according to McCarthy. "We think he will grow into a terrific DE at the next level with the upside and scheme versatility to play either in an even or odd front. He keeps blockers away from his body with his long wingspan. He uses his hands extremely well and doesn’t stay blocked."

The 6-3, 200-pounder "shows the attributes to play QB on the next level. He is a heady, accurate pro-style passer with top throwing mechanics. He puts great touch on the ball and does everything well."

Athletes are welcome to send game tapes to: