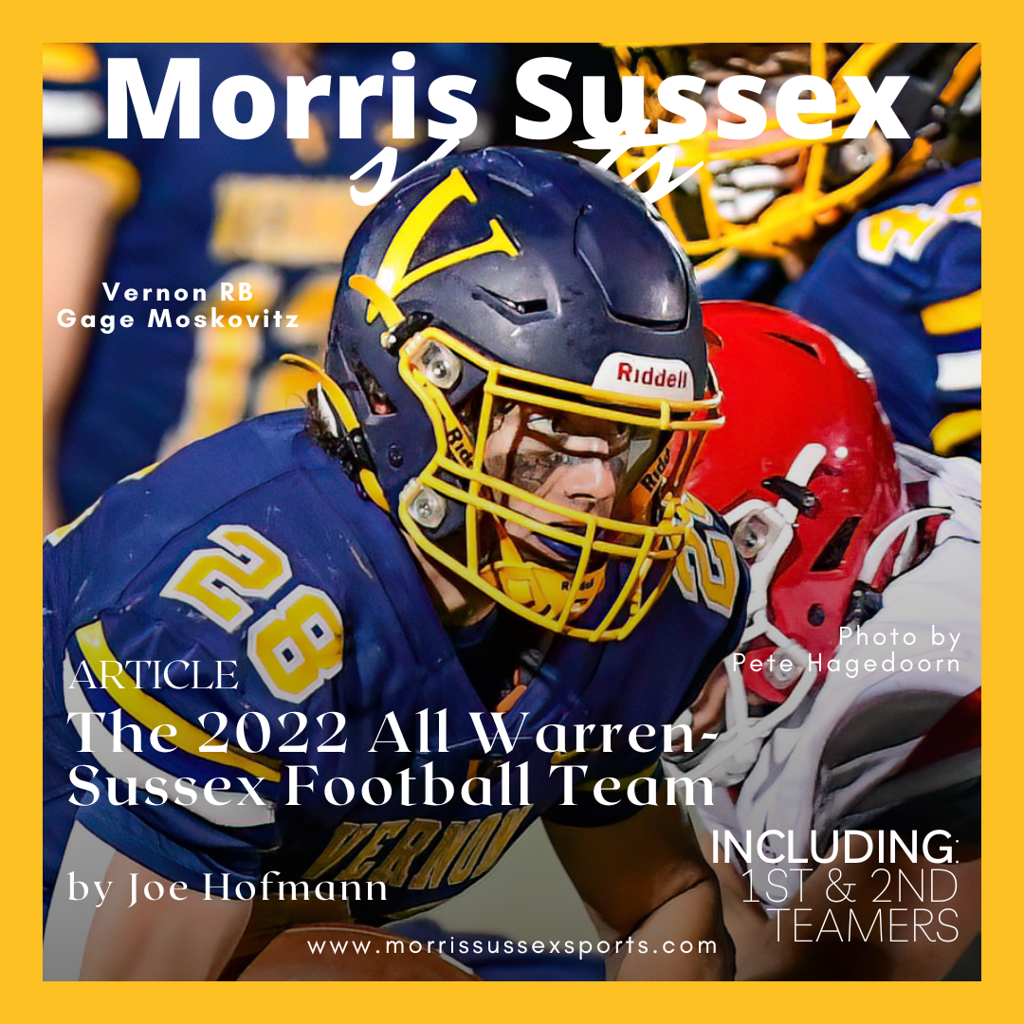 For two years, they rolled through the NJSFC American Blue schedule and led Newton to back-to-back conference championships and a berth in the North 2, Group II sectional final this year.

So it is no wonder that running backs Brayden Nolan and Thaylor Sibblies are together on the MorrisSussexsports.com's All-Sussex-Warren first team.

Sibblies, meanwhile, was 128 for 1,234 yards and 15 touchdowns. He also had five interceptions from his defensive back position. During his career, he was 251 for 2,266 yards and 24 touchdowns.

Frattura, a four-year starter, is simply one of the best quarterbacks in Sussex County history. He finished the year 138 for 187 for 1,930 yards and 13 touchdowns and also rushed for 496 yards and seven more TDs.

Nugent was a threat either running the ball or out of the backfield. He was 150 for 1,026 yards rushing and 17 touchdowns and also caught 32 passes for 364 yards and four more TDs.

Line was one of the best linebackers in North Jersey. He had 54 solo tackles and 93 assists and had to be accounted for by opponents as he had 24 tackles for loss and four sacks He also had two INTs, caused two fumbles, recovered a fumble, returned an INT for a touchdown, had a safety and blocked a punt.

Perez finished his career as one of the best players ever at tradition-rich Lenape Valley. He was 146 for 1,368 yards rushing (second-best in school history) and 18 touchdowns. At linebacker, he was constantly in the opposing team's backfield with 17 1/2 tackles for loss and eight sacks.