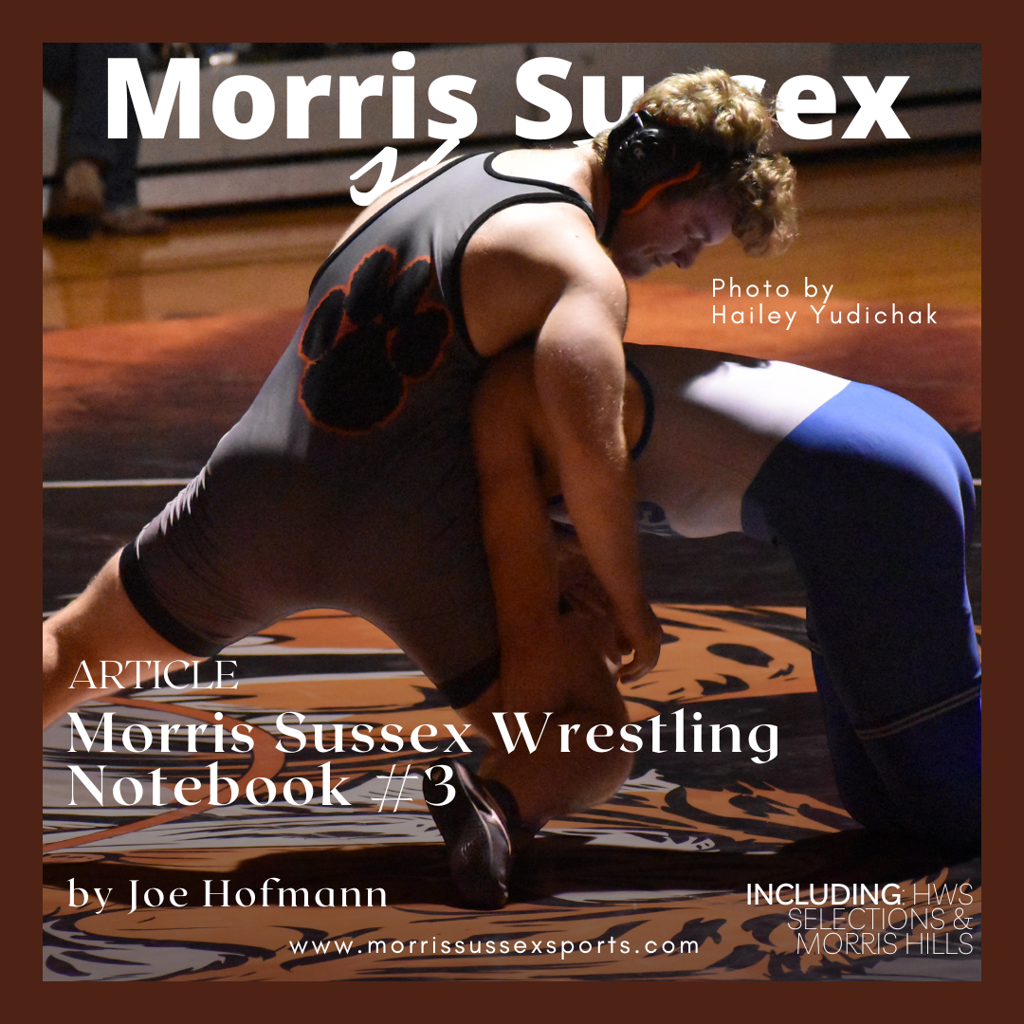 If records are meant to be broken, then Morris County's wrestling programs have their work cut out for themselves at the end of the month.

If they're not named Delbarton, that is.

The Green Wave have won 13 Morris County Tournament team titles in a row -- far and away a record since the tournament got underway in 1986.

It is a foregone conclusion that the team will extend the record at the MCT on Jan. 27-28 -- with no end in sight.

When the MCT convenes at Mount Olive High School, Delbarton coach Bryan Stoll's team has a chance to not only win its 14th straight, but will have an opportunity to win by a margin bigger than any other year.

The team has a legitimate, if not overwhelming, contender in most of the weight classes.

Put it this way: Mount Olive had possibly the best public-school season a Morris County team as ever had -- and was still almost 100 points behind Delbarton.

In the 1990s, Jefferson and Randolph each ran through long streaks of team championships at the MCT, but many times, the title came down to 1-2 finals bouts.

That is hardly the case nowadays.

How overwhelming has Delbarton become? Last year, the Green Wave won it going away even with their starting 157-pounder missing. No problem. Backup Henry Forte came through as the No. 10 seed to win his weight in an Outstanding Wrestler-type of performance if he wrestled for any other school.

Ruiz and Cerchio were both up one weight for the county tournament and were still crowned MCT champions -- yet another sign of the program's dominance.

This year, Delbarton will have the favorite in at least 9-10 weights, with the exception of 106, 126 (Roxbury's state contender Luke Stanich is clearly the man to beat), 190 (Hanover Park's Vincenzo LaValle), 215 (Mount Olive's Anthony Moscatello) and heavyweight (West Morris' Henry Frayne has emerged as a big favorite).

The MCT will be here before you know it. With that, here is an early look at each weight with the top contenders to keep in mind:

106-The early favorite is probably Hanover Park's Nick DiFrescantonio, who just beat Par Hills' returning state qualifier James McGinty, 6-4. Boonton's Isa Kupa, Kinnelon's Jack Doty, West Morris' Mary Montoure, and Mount Olive's Anthony Piemonte are others to watch. This is always a fun weight class because there are a lot of new names to sort through. Usually, there are 1-2 kids who make their first major impression of the season right here.

113-Delbarton's Jayden Jones is slated for a deep run in Atlantic City.

120-Mount Olive's Tyeler Hagensen has been knocking on the door for awhile  but he'll have to beat Delbarton's 2021 state champion Daniel Jones to win the weight.

126-Roxbury's Luke Stanich was about 20 seconds or so from becoming a state champion last year and is a prime threat this year. The MCT will be a nice stepping stone to the postseason.

132-Mount Olive's Jack Bastarrika and Delbarton's Trevor Jones could be a great final.

144-Delbarton's Joe Davi was a state semifinalist two years ago.

165-Delbarton's Louis Cerchio is a gigantic obstacle for anyone else who intends to win the weight.

175-Delbarton's Simon Ruiz has been injured and is due back. Mount Olive's Tyler Bienus is another strong contender.

190-Delbarton's Vinny Lee has emerged as a force, but the nod would go to Hanover Park's Vincenzo LaValle.

215-The final between LaValle and Mount Olive's Anthony Moscatello would have brought the house down, but with LaValle down to 190, Moscatello is now a big, big favorite.

The HWS gets underway at Phillipsburg Saturday morning at 9.

Here are our selections:

PBurg won the team title last year. Since Sussex joined the Hunterdon-Warren Tournament in 2010, P-Burg has been the dominant team, having won eight titles, including six straight from 2011-16.

Morris Hills wrestling team had one of the best weeks in program history last week. It ended with a flourish -- sweeping a quad against Glen Ridge, Lenape Valley and Voorhees -- coming on the heels of a surprising win over a Pope John and a shocker over Kittatinny.

"It was one of our better weeks that we have had in a long time," coach Brian Bollette said.

The most impactful win, of course, was beating the mighty Cougars. Bollette grew up going to Cougar matches and wrestled for Kittatinny and legendary coach John Gill, who has over 600 career victories at the school.

So when the Scarlet Knights were able to post a 37-36 victory over Kittatinny by criteria, that opened a lot of eyes around Morris County, if not all of North Jersey.

And New Jersey, for that matter.

The win came down to Morris Hills' 285-pound Shane Davison pinning Kittatinny's Nicholas Reo in 2:28. That knotted the score at 36-36, but the fall gave Bollette's team a 5-4 edge in pins, giving his team the victory.

It also gave the team one of the biggest victories in school history. It was certainly at the top of the list for Bollette, who has been at Morris Hills for eight years.

To top it off, Bollette received a message left by the classy Gill. One of the many reasons Bollette chose the coaching and teaching profession was Gill.

"He complimented our team and the environment," Bollette said. "We wanted to build what we had. It was fun. He helped us all love the sport of wrestling. That is what I think about with Gill and Kittatinny. Beating them ... I was a little kid sitting in the stands watching them beat Phillipsburg for the first time ever. For years they wrestled P-Burg and lost. Then they beat them and now they felt they finally belonged.

"It was the same with us. We got a win over a team that always beats us. We feel we now belong in the conversation. In my first year, we lost by 40-50 points. We felt we could compete with them. But they don't get pinned. Then you think you can have a close match with one of their kids and then you get pinned. They are always so good, so beating Kittatinny is a big deal to us."