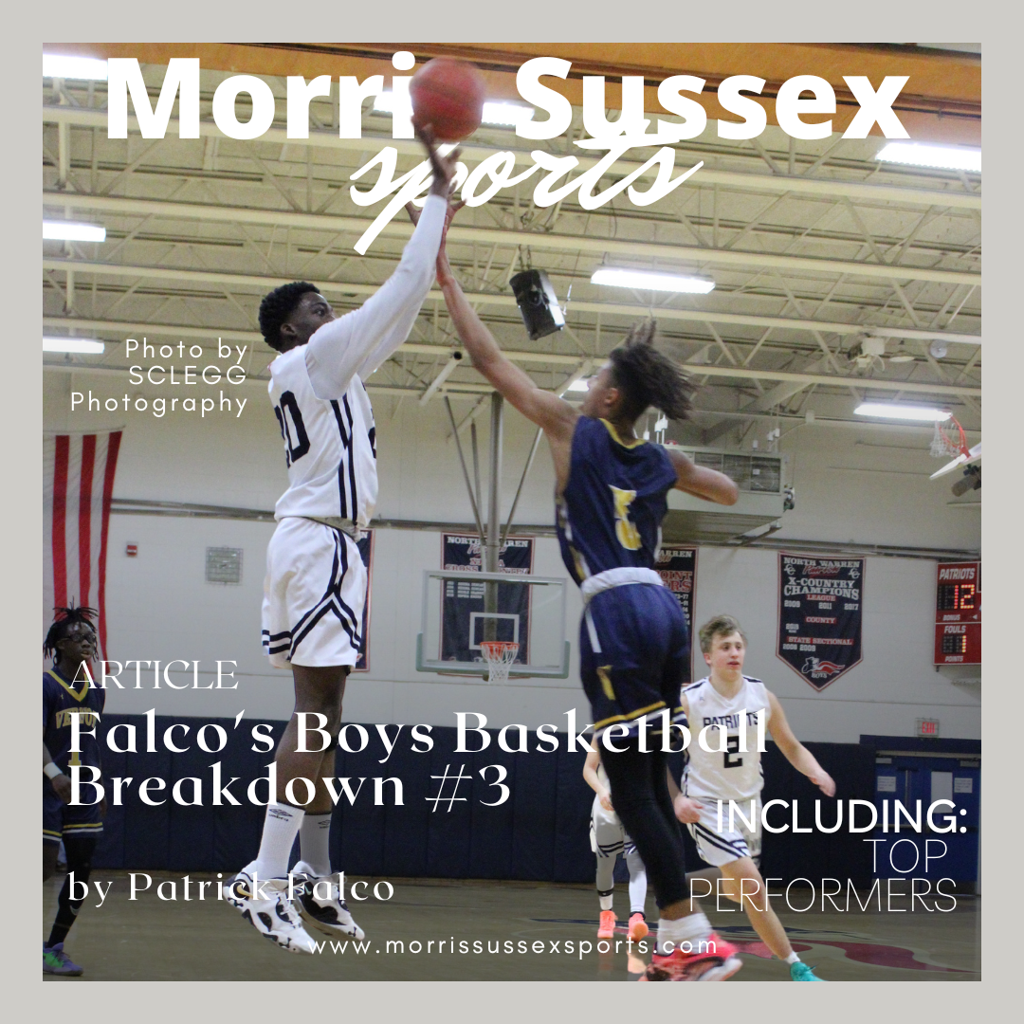 Holy smokes! An exhilarating game went down between the Golden Eagles of Morris Knolls and the Union Catholic Vikings. This game needed three overtimes to declare a winner. Senior Mike Rustad of Morris Knolls was in the zone and dropped a season high 28 points. Rustad poured in eight three pointers and made four free throws to account for all his points. He channeled his inner Steph Curry with his performance from beyond the arc. With the help of Rustad’s strong showing, the Golden Eagles were able to outlast Union Catholic in the third Overtime. Morris Knolls outscored the Vikings 7-2 in the last frame on the way to a 65-60 nail-biter.

As a result of this hard-fought win, Morris Knolls kept their record in the conference without a blemish to speak of. They currently own an overall record of 7-2 and a 5-0 record in the NJAC conference.

Best Divisional Game of the Week:

The West Morris Wolfpack were locked into a very tense and exciting game with the Delbarton Green Wave. The game was low scoring where defense was especially key for both sides. The Wolfpack ended up being a little bit too much for Delbarton. Like all good teams do, West Morris was able to find a way to hold off the Green Wave with a score of 41-37.  Nick Rotundo and Eli Stoute paced the Wolfpack in scoring with 9 points from each of them.  Delbarton Junior Lincoln Zimmerman led all scorers with 10 points. With this impressive win, West Morris improved their overall record to 11-1 and remain undefeated in the conference with an 8-0 mark.

Keep a close eye on Kinnelon! The Colts have been quietly dominating their competition. Do not let their schedule fool you. They have a perfect record in the conference with a record of 9-0. Kinnelon has the makings of an exciting Cinderella team to root for once the playoffs come around.

Mendham has been a pleasant surprise this season and should like their chances of getting into the top 3 of their division. Currently the Minutemen are sitting behind Sparta and Delbarton. These teams are a game ahead of Mendham record wise in the division. This looks like it’s going to be a fun race to watch coming down the stretch.

West Morris, Pequannock and Vernon keep on rolling in their respective divisions. It has been breathtaking watching the chemistry between these schools. The Wolfpack and Panthers have light it up all year long and have the records to show for it. Following Saturday’s action on the hardcourt, West Morris ballooned their outstanding record to 12-1 and remain unbeaten in the Conference with a 5-0 mark. Pequannock and Vernon are not far behind West Morris with impressive records consisting of 10-1 and 9-2 overall respectively.