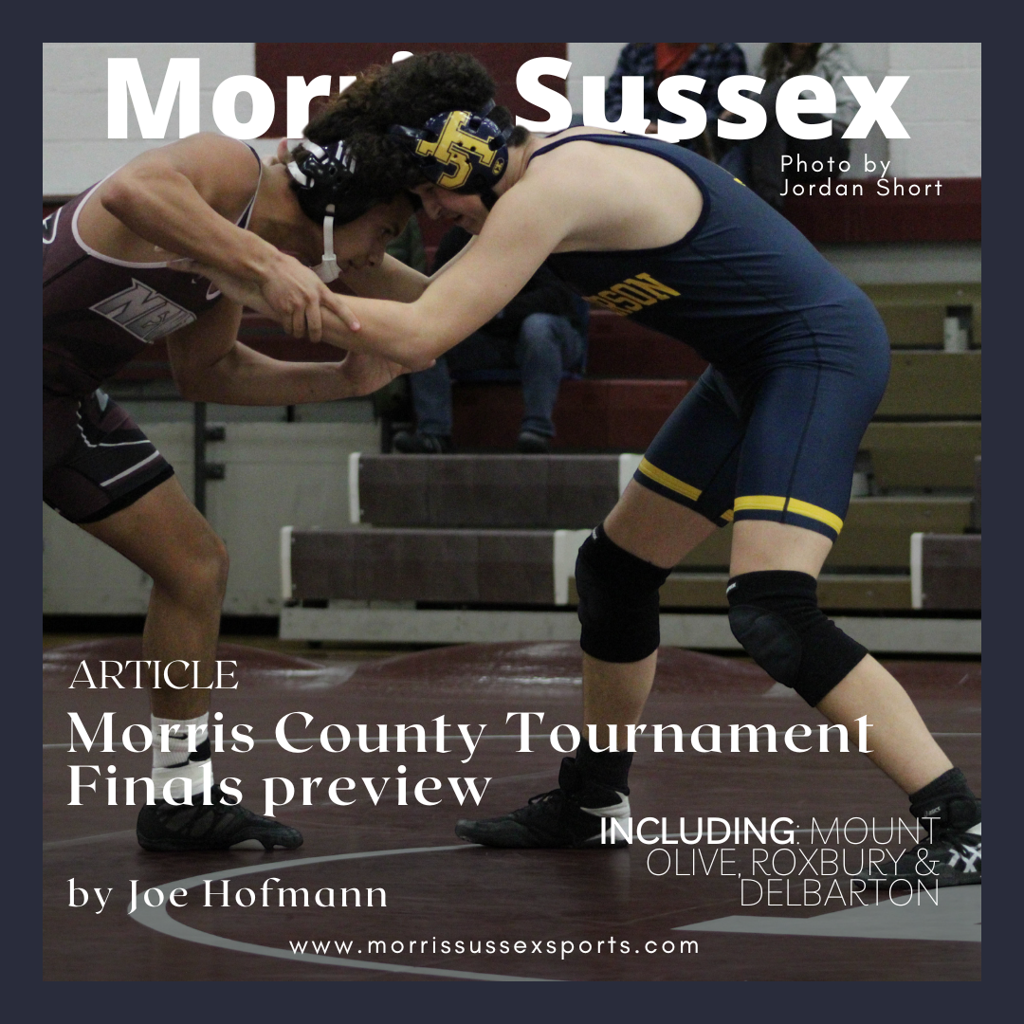 The Delbarton wrestling program has won 13 straight Morris County Tournament team titles and should roll to No. 14.

But that doesn't mean the MCT will be without drama when the wrestlers convene at Mount Olive High School Friday and Saturday.

As usual, there will be state contenders all over the place from schools such as Roxbury, Hanover Park, and Mount Olive.

It's just that Delbarton has most of them. Coach Bryan Stoll's team has a bevy of state contenders who will a huge favorite in many MCT weights. The team has a good chance to place at all the MCT weight classes, if not most of them.

This year's county tournament reminds me of the 1992 MCT finals. Jefferson won the first four weights and when Madison's David Packie broke the streak, the crowd at Roxbury High School erupted with a sarcastic cheer. Expect more of the same this weekend.

The Green Wave should sweep through the middle weights and could win as many as six weights in a row, if not more.

This year, Delbarton will have the favorite in at least 9-10 weights, with the exception of 106 (Hanover Park's Nick DiFrescantonio), 126 (Roxbury's state contender Luke Stanich is the favorite), 190 (Hanover Park's Vincenzo LaValle), 215 (Mount Olive's Anthony Moscatello) and heavyweight (West Morris' Henry Frayne has emerged as the favorite).

With that, here is an early look at each weight with the top contenders to keep in mind.

As a warmup, here are last year's Top 4 at each weight.

Wrestlers in bold are returnees.

Here is a look at each weight for this year's tournament:

113-Delbarton's Jayden Jones is new to Morris County but you'll know his name by the end of the weekend. Watch out for Mendham's Rafe Fonte and Butler's Jason Chrostowski.

120-Mount Olive's Tyeler Hagensen and Delbarton's 2021 state champion Daniel Jones had the makings of a terrific final, but that was before Hagensen sprained his ankle at the Escape the Rock Tournament in Pennsylvania recently. West Morris' Michael Hare could make a run to the finals.

126-Roxbury's Luke Stanich was about as close to becoming a state champion as one could get. He should repeat as a county champion. West Morris' Michael Campanaro is another contender at this weight. Morris Hills' Jaydin Barreto could go a long way.

132-Fasten your seatbelts for what could be a great final between Mount Olive's Jack Bastarrika and Delbarton's Trevor Jones.

144-Delbarton's Joe Davi, a state semifinalist two years ago, is back for more. West Morris' Brandon John Dean has had a big year and is one to watch.

150-Delbarton's Cross Wasilewski beat eventual state champion Joe Fongaro of Boonton in the MCT finals last year. He is a big favorite. Morris Knolls Dom DelleMonache is another to watch. A wrestler to watch would have been Montville's Karl Monaco, but he is out for the season with an injury.

157-Delbarton's Alessio Perentin is a huge favorite, but keep an eye out for Montville's Billy Templeton.

165-Delbarton's Louis Cerchio will be tough to beat. Morris Hills' Matt Leslie is another contender, as is Knolls' Gavin Gomes.

175-Delbarton's Simon Ruiz has been injured and is due back. This is a deep weight that includes Randolph's Jason Petroski, Morris Knolls' Anthony Forte, Mount Olive's Tyler Bienus, and Pequannock's Jimmy Dolan.

190-Hanover Park's Vincenzo LaValle is a big favorite. If he beats Delbarton's Vinny Lee in the finals, that might just bring the house down.

215-Mount Olive's Anthony Moscatello should place highly in Atlantic City and this would be a nice way to get into the postseason mode. West Morris' Tom Borgia and Morris Knolls' Cole Newton are others vying to place. We could see Delbarton's Henry Forte bounce all the way up here. He was the 157-pound champion out of the 10th seed last year.

285- The class has become quite deep, but I'm looking at West Morris' Henry Frayne to emerge as champion, possibly over Delbarton's Connor Martin, who was the top seed last year. Hanover Park’s